As a South Indian in quarantine, every meal begins (and ends, seemingly) with rice. Breakfast is often a dosa, or crispy rice crepe. On hurried days of practicality though, it’s its far-more-fridge-stable counterpart, a pillowy yet comfortably-bland idli (rice dumpling) served alongside a sambar (spicy vegetable stew). Its reprieve arrives in the form of a nondescript herbal chutney that provides the respite of a much-needed lemony ‘zing.’ On special days, ‘gunpowder,’ a veritable roasted powder made of blended chillies and lentils, is brought out, submerged in a small pool of oil to give it a crunch that’s rather indescribable, and slathered on top or inside for a ‘treat.’

Lazy lunches mean mixed rices: coconut rice, lemon ricesticks, or the ever-so-standard South Indian staple: yogurt rice. It’s savory, white, and a comforting blank canvas for almost anything you want to pair it with. If we’re feeling ambitious and in need of saving vegetables from the dreaded dumpster, a quick fried rice can do the trick. While dinners have us moving outside of rice territory for many days (simply to use up the other goodies nestled in the pantry or fridge), there’s always rice on the table, tucked away on a kitchen counter, or saved in the fridge for the next day’s rations.

It’s exhausting, really, to swim in this never-ending land of simple carbohydrates with no way out. It’s why I enjoyed living in my own space, where rice dishes were often sent over by neighbors or extended family who worried that I wouldn’t survive the self-imposed rice famine of 20__ and would, instead, drop dead if I subjected myself to yet another strand of pasta, bite of doughy pizza, or the pleasurable gluttony of a layered tiramisu.

In quarantine, the irritation has transformed into fodder for a challenge: what can I do with this rice so I’m not eating the same thing I’ve eaten for the last million days (or so it seems)? Some days, I assemble appetizer bites for cocktail hour, moulding sushi-like rice balls that sit atop a cracker or chip and get drizzled with my condiment of choice. Others, it subs (strangely) for a risotto or even gets fried with the flavor I’m feeling for a play on arancini. Sometimes, blending a few spoonfuls of leftover rice with a splash of milk and a dot of cornstarch creates a thickener for a homemade cheese sauce or even adds depth to a new custard recipe I’m testing.

The circumstances have evolved into a push-and-pull of rice-dom. Every experiment is far from successful. Last week, I suffered ‘RiceGate 2020’ when I attempted to infuse leftover rice into a rice pudding base for a dessert that promptly looked as though I had unearthed a ten-year-Jell-O mould from the point of no return: needless to say, our trash can might never look the same. Friends of mine have pointed, laughed, and whispered ‘I told you so,’ tucking into their own bowls of our favorites: tamarind rice, lentil stew over rice, burrito bowls with a bed of rice carrying the almost-wilted veggies into a new dimension.

I guess these are the less-than-popular side effects of being quarantined for what is beginning to seem like years on end (rather than a measly two or three months). Your creativity gets ahead of you and sometimes, your kitchen just can’t keep up. But if there’s anything I’ve learnt, it’s that those few strokes of genius are worth the forge ahead – even if a few neglected grains get left behind in the mix. As they say, better to have rice-d and lost than to have never rice-d at all. 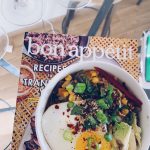 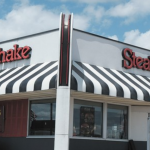