Popular Plainfield brewery Brew Link is wrapping up development of its second brewpub location at the old TwoDeep Brewing location on Capitol Ave between Walnut and St Clair.

Brew Link hopes to take advantage of its large outdoor patio when it opens on March 15, just in time for March Madness.

Indy will be hosting a majority of the NCAA basketball tournament games starting on March 18 – bringing an influx of people Downtown both residents and visitors alike.

The menu will take inspiration from the original location, adding meat from its smoker and brunch on the weekends.

Brew Link will also bring its imaginative tap list, which has included cereal and jelly donut-inspired beers along with more traditional options like the BLB Blonde and the Imagine, a light American ale. 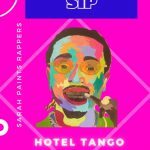 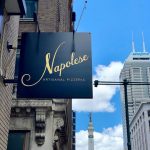