Brewdog Indianapolis in Fountain Square was accused of gender and sexual orientation discrimination in the series of tweets below, which have since gone semi-viral. The claims are that they fired female and non-binary staff by a manger at the Indianapolis location.

CEO Jason Block has since responded in series of statement below. The first – that BrewDog will be investigating the issues and that BrewDog aims to be inclusive place for all – customers and employees.

The second statement says that upon review that firings seem to be performance based but not done in a fashion that represents company policy. 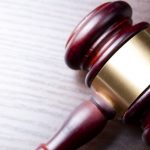