When The GOAT opened last summer it was a drastic change from former tenant Bub’s Cafe’s, attracting a younger customer base and having late hours — closing at 3:00 AM. Now these differences are part of the reason the Carmel zoning board has forced The GOAT to close.

The GOAT, also known as The Greatest of All Taverns, had operated in a primarily residential area which has seen countless complaints from residents about its customers that include noise, public intoxication & urination, and trespassing.

As reported by the IBJ, Bub’s Cafe had received special zoning in 2007, which allowed the restaurant to operate until 2:00 P.M. daily. That permit transferred to the The GOAT when it took over the property but it didn’t cover its operations.

Carmel Board of Zoning Appeals president Alan Potasnik expressed, “This is a whole mess. This should’ve never been allowed to happen. They never should have been allowed to open, and we’re being asked to legitimize a bad situation. This is an area that is residential, and a use that is not. I don’t see a single criteria which has been met, so I can’t approve this.”

Unfortunately the board was not convinced, voting 4-1 on Monday and effectively closing The GOAT.

Text 317-342-6679 for instant recommendations or information on restaurant closings. 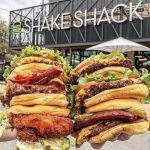 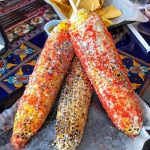