Ancient grain bowls, bell peppers loaded with plant-based meat and a sweet chili glaze, and several salads are non-meat options on hand. And for dessert in the premium spaces, there will sugar cookies decorated with team logos and basketball themes created by Cute as a Button, a Carmel bakery.

Visiting fans are in for a weekend’s worth of events and activities scheduled for the Playoff Fan Central at the Indiana Convention Center, where Sodexo Live! has also curated new additions to its menus.

Sodexo Live! is hosting the CFP National Championship for the third straight year, after previous editions at the Caesars Superdome in New Orleans in 2020 and the 2021 game at Hard Rock Stadium in Miami. Again this year, the organization will donate prepared but unused food to local charitable organizations, including Second Helpings and Gleaners Food Bank of Indiana.” 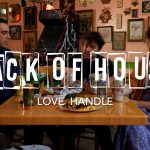 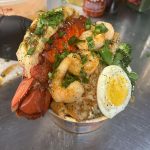