When EatHere takes over Monument Circle this summer with its second annual Chicken & Beer Fest, it’ll do so with a strong and growing lineup that includes staples like Ale Emporium and Indy newcomer That Vegan Joint.

This one-day food festival experience aims to showcases Indy’s restaurant, chef and brewer talent in celebration of two of the most beloved food items in the world.

“We created Chicken & Beer Fest as an opportunity for us to connect our mission to an event experience that drives awareness and creates lasting memories,” said EatHere CEO Bradley Houser.

Chicken is the world’s most popular meat and for good reason. Its versatility has made it a standard of nearly every cuisine.

This year’s lineup that includes Bae Latin Food, STIX and Black Lemon will put that versatility on full display.

Speedway-based Daredevil Brewing Co recently came on as the official beverage sponsor. They will be available for sample and will operate both bars.

Early bird tickets are available now for $30 through Monday, May 9 when both VIP and General Admission tickets go on sale for $45 and $35 respectively,

Check out the full lineup below with more to be announced! 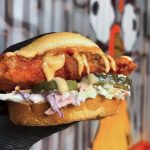 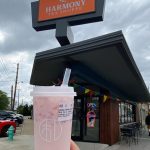