Big Bear Biscuits recently announced it’s grand opening next Wednesday, July 13. But you don’t have to wait until then. The new Northside restaurant will have two soft opening days on Monday and Tuesday. Hours will be from 7:00 a.m. to 3:00 p.m, which are regular business hours.

Big Bear is a dream come true for chef and owner Dean Sample. “Growing up in rural southern Indiana, Chef Dean learned how to make biscuits with his grandmother and to this day, still uses her recipe. He learned that everyone’s a part of the family when you’re seated around a plate of biscuits,” according to their website.

The restaurant has not released its official menu yet. However Big Bear teased a shot of the menu back in February and has dropped several sneak peaks like the chicken & waffles shown above. Other items have included a short rib biscuit with kimchi, biscuits & gravy and shrimp & grits among others.

Big Bear Biscuits is located at 3905 E 96th St, partially taking over the space that was once home to Scotty’s Brewhouse. 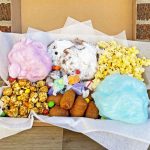 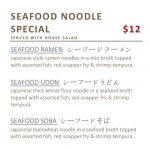