UPDATE, October 23 – Osteria by Fabio Viviani is currently open part-time for lunch from 11:00 AM to 3:00 on Monday thru Friday for carryout and Door Dash. A full opening to opening is expected in the next couple months.

July 1 – Celebrity chef Fabio Viviani is partnering with Giant Eagle to open Osteria, an authentic Italian restaurant, at the former Table by Market District in Carmel.

Osteria will serve brunch, lunch and dinner — while taking full advantage of the fresh ingredients in the adjacent grocery store.

As reported by the IBJ, the menu has not yet been finalized but will include calabrian chili orecchiette with clams, Nduja mussels, dry-aged steak. Diners may also expect dishes from some of his other restaurants.

There are currently three additional Osteria locations — Oklahoma City, in the suburbs of Chicago and inside terminal six at LAX.

Viviani currently operates more than 40 restaurants including The Eatery at the Hollywood Casino in Lawrenceburg, Indiana — his only presence in the state.

Fabio Viviani rose to fame in 2008 when he participated in the fifth season Bravo’s popular Top Chef finishing In fourth place and being voted fan favorite. He has remained a regular on culinary television appearing in two additional seasons and countless shows including Good Morning America and Access Hollywood.

Firm opening details are not yet known but expect Osteria around fall. 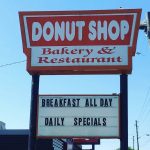