Sweetgreen makes its debut at the Fashion Mall September 13, taking over the space that formerly was home to Public Greens which closed in January.

Sweetgreen is fast casual model that was founded as a destination for delicious food that’s both healthy for you and aligned with your values. Plant-based bowls are the feature of the menus will various additional option.

The Fashion Mall location will actually be the only store outside of Minneapolis with several test items including a new kids menu and several dinner plates. One new plate features roasted steelhead trout with roasted sweet potatoes, kale slaw, wild rice and a miso sesame ginger dressing.

Another Indy location next door to the Shake Shack downtown, on the bottom level of The Ardmore, is expected to open October 11. 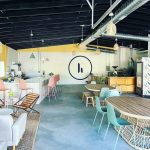 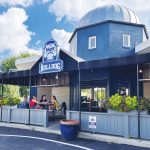