The owners of Taxman Brewing Co. opened a new Italian concept, Pizza & Libations, earlier this week in Bargersville. The new restaurant which is located at 75 N Baldwin Street, is just a block away from the brewery.

The former Bargersville Bar & Grill once stood in that location before the Taxman team purchased the building. After attempts to renovate, they decided to demo and rebuild.

New life has been breathed into space who’s entire is adorned with large scale art installations from local and European artists.

The menu will be focused on Neapolitan-style pizzas but will also have Southern-Italian inspired dishes. According to the menu, P&L will serve a variety authentic handmade pasta, seasonal salads, fresh baked breads and housemade gelato.

Pizza & Libations will be open daily — from 4pm to 10pm Monday thru Thursday, and from Noon to 10pm Friday’s & Saturday’s. 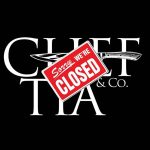 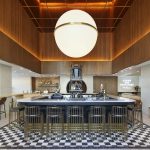